Take a look at THAT! Now doesn’t that make your 2016 Christmas haul pale in comparison? That is an exact likness of my first “AW” (as in Audio Workstation). It is not a DAW because, as you can see, there is nothing digital about it. This bad boy recorded on both sides of a cassette tape at the same time (using the stereo tracks from side 1 and the stereo tracks from side 2 simultaneously in order to give 4-track playback). At high speed, I would burn through a 60-minute cassette tape (30 minutes per side) in 15 minutes.

I spent 500 bucks of hard-earned warehouse pay on this recorder when I was about 19 years old. Shortly after that, I got a programmable drum machine (because any time I tried to record real drums it sounded absolutely gruesome). I already had a Shure SM 58 microphone; I was all set (although I did have to run my mic through the preamp section of my Peavey guitar amp in order to get a good, clean signal)! 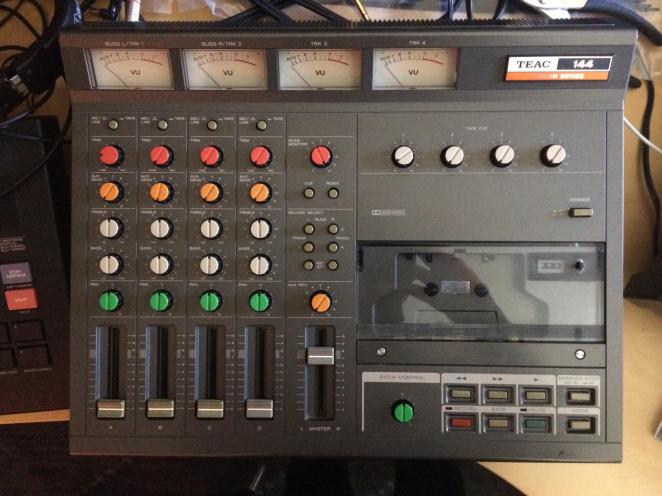 Here is a slightly more uptown 4-track cassette recorder from TEAC. It has channel EQs and overdubbing capabilities. Priced at $1100 in 1979, it also has the distinction of being used to record Bruce Springsteen’s album ‘Nebraska’. While there haven’t been a whole lot of well-known albums produced on such modest equipment, it would be fair to say a whole lot of TERRIBLE albums have been made on much higher-end equipment.

There’s no denying the allure of multi-million dollar recording equipment. If for no other reason, it makes you feel special just to be in the same room with it. And yes, it can and often does make a difference in perceived sound quality. However, top-dollar fidelity is not the most important element in a recording. Many listeners would have trouble distinguishing between a $10,000 channel strip and a $500 strip. It is an interesting scenario to consider: would Nebraska have been any more highly regarded if it had been recorded at Abbey Road with all the buzzword pieces of famous gear?

Top-dollar fidelity is not the most important element in a recording.

I recall the first time I started using “good” microphones on a regular basis. We had been recording with some $100 bargain mics for several months in the Performing Arts Hall at Murray State University. I’d been dreaming of getting a pair of Neumann KM-184s for just as long. Finally, I wrote a grant request and got half of them paid for by the Provost and half paid for by the Music Department. The pair was about $1800 total. When I set them up for the first time I was expecting the clouds to part and angels to sing. Guess what? They sounded better than the bargain mics – but not nearly as much better as I had been expecting. Were they worth it? Yes, considering that these mics would record hundreds of concerts over the next 10 years (and that the bargain mics tended to go bad after about two years of heavy use). But I was surprised, given all the hype about super special audio gear, how the difference in quality wasn’t nearly as remarkable as I thought it should have been.

Over the years I have had people express a desire to come record in the studio because they needed access to “a really good mic.” Now, I love microphones. And I know the first microphone I’d reach for if I wanted to impress someone with a vocal mic. The Lauten LT-386 does warm and silky like nobody’s business. It’s pricey, but in my opinion it’s worth every penny. If you’re going to splurge a little, getting one really nice vocal mic is a great place to do it. I also have a $100 Audio-Technica 2020 microphone (the dumpy-looking little black mic on the right). It was among dozens of high-end mics in a “shoot-out” by Sound on Sound back in 2010, and it fared very well. It was even the preferred mic for one of the female singers, beating out a $10,000 world-famous micophone standard!

So how does one know for sure that a cheap mic just won’t cut it? Presumably one has used it and found it lacking. But in my many years of recording I’ve found that a stellar vocalist sounds stellar no matter what. Sure, a $2500 mic may flatter her voice in a very pleasing way. But it won’t turn an average song (or average voice) into something magical. The magic has to be part of the performance to begin with, and a cheap mic – used correctly – should still capture that magic. The same is true of most solid, yet budget-friendly, recording gear. Will the better mic provide better results? Most likely, yes. But the cheap mic won’t be the thing that stops the record from going platinum! 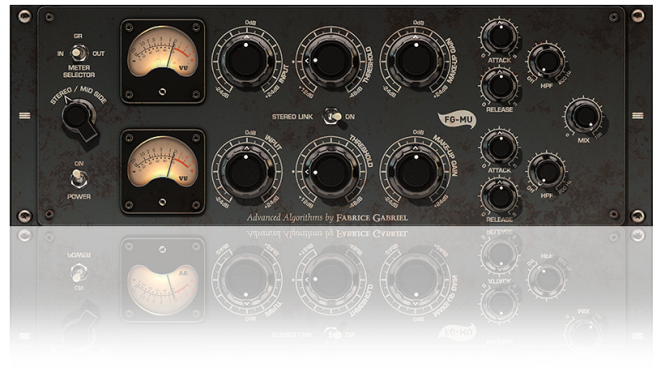 Over the last year I’ve been enjoying using every plugin made by Slate Digital as part of their subscription service. When I joined, the deal was $249 for an annual license. There are dozens of different EQs, compressors, preamps and tape emulators to choose from, most modeled after specific pieces of well-known hardware studio gear costing many thousands of dollars. Of course the software versions cost only a tiny fraction of the real thing. Do they sound identical? No. In an A/B comparison at Sweetwater Sound’s Studio A, engineer Mark Hornsby played a group of people, myself included, a drum mix going through a real Universal Audio 1176 hardware compressor, then through a Slate 1176 plugin. Most of us liked the hardware sound better, but it was really close. As Mark said, there’s nothing stopping anyone from cutting a legit record using only plugins.

Why train in a multi-million dollar facility if, odds are, you’ll be working in an entirely different setting?

Simply put, a multi-million dollar studio has always been a luxury – today more than ever! Since record sales have been tanking for years, it isn’t a luxury very many artists (or their record labels) can afford. Without question, more music (film, television, bands, et cetera) is being made in multi-THOUSAND dollar studios today. Or even on laptops. To make up for a waning clientele, many of the “big boy” studios are teaching recording classes in facilities originally intended for something other than education.

This begs the question: why train in a multi-million dollar facility if, odds are, you’ll be working in an entirely different setting? If one is accustomed to the finer things in life, perhaps it is a luxury one can afford. But if Bruce Springsteen could get it done with a 4-track cassette recorder, we can surely do amazing things for a lot less than we’ve been led to believe! Here’s to more great blue-collar recording in 2017! Happy New Year!

Justin Patton messed around with music technology in high school, researched music technology in college, and currently works as the recording engineer for the Department of Music at Murray State University. He also teaches the Recording Techniques course for students in the Music Business program, using kindred spirit Mike Senior’s book: “Recording Secrets for the Small Studio.”